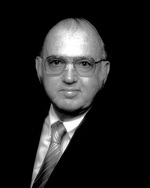 Albert Gerald Krohn, 77, of Fontana, passed away on December 7, 2019 surrounded by his loving family. He was born to Albert Max and Dolores Elizabeth Krohn on December 4, 1942 in Chicago, Illinois.

Albert attended and graduated from Fontana High School where he was active in Varsity Track. He later went to Chaffey College and obtained an Associates of Art Degree. As a young man, Albert showed his love for his country and served in both the United States Navy and the United States Air Force. Albert met and married the love of his life, Diana, and together they shared 54 years of marriage.

Albert loved his family and was a good provider. He worked for the Fontana Water Company for over 46 years.

Albert loved nature and he also loved spending time with his family. It's no wonder Albert enjoyed camping and making memories. He also spent quiet time researching his roots and discovering who his ancestors were with his hobby of Genealogy. Albert was a member of the California Jaycees and the Gloria Dei Lutheran Church, having served in many capacities.

Visitation hours will be 4 p.m. to 8 p.m., Tuesday, December 17, 2019 at Ingold Funeral & Cremation in Fontana. A funeral service will be 11 a.m., Wednesday, December 18, 2019 at Gloria Dei Lutheran Church in Fontana. Interment will follow with military honors rendered at Green Acres Memorial Park in Bloomington.