To share your memory on the wall of Jeffery Connelly, sign in using one of the following options:

Jeffery was a graduate of Fontana High School Class of 1972, and went on
to work at Kaiser Steel until the mill’s closing. In 1986, he met and fell head
over heels for his beloved wife, Maria. Together they raised 3 beautiful
children, all of whom were his pride and joy. He enjoyed spending his
Sundays glued to the television watching the Pittsburgh Steelers with his
family. He retired due to his health in 2014 from the Fontana Unified School
District. With all of his children grown and married, but still more love in his
heart to give, Jeff decided to adopt two rescue dogs.

To send flowers to the family or plant a tree in memory of Jeffery Scott Connelly, please visit our Heartfelt Sympathies Store.

Receive notifications about information and event scheduling for Jeffery

We encourage you to share your most beloved memories of Jeffery here, so that the family and other loved ones can always see it. You can upload cherished photographs, or share your favorite stories, and can even comment on those shared by others.

Irv Mazzettia and Family and Don & Sherri Schene sent flowers to the family of Jeffery Scott Connelly.
Show you care by sending flowers

Guaranteed hand delivery by a local florist
IF

Posted Nov 07, 2019 at 06:08pm
Please accept our most heartfelt sympathies for your loss... Our thoughts are with you and your family during this difficult time. 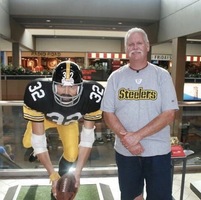